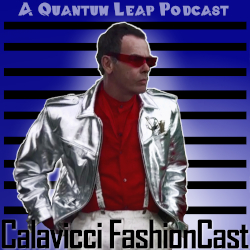 We kick off our first episode with “Genesis – Part One” in which Dr. Sam Beckett leaps into a test pilot and possible stroke victim. How it wasn’t just called “pilot” is a mystery for the ages. We live up to our name by mainly discussing the fashions in this groundbreaking television debut, but have lots of questions about what was considered a “joke” in the 1950s.

Where we understand how jokes work.